Stipo, Vargueño, Monetiere, Cabinet, are some of the various names given to these preciously decorated pieces of furniture of small or large dimensions. The most commonly used, and for us the most appropriate, is the Cabinet, whether pronounced in the English way, or in the original French. Its etymology stems from the Old French cabine or cabane, (cabin), used to describe a small enclosed space. In time the word Cabinet acquired a specific meaning as an intimate space designed to store and preserve precious possessions, and where to conceal secrets. It already alludes to the concept of a microcosm, which the later piece of furniture will in time stand for in its content and adornment. The first mention of the word Cabinet is found in the inventory of Anne of Brittany in 1505, when it is used to describe a small storage room in the château of Blois 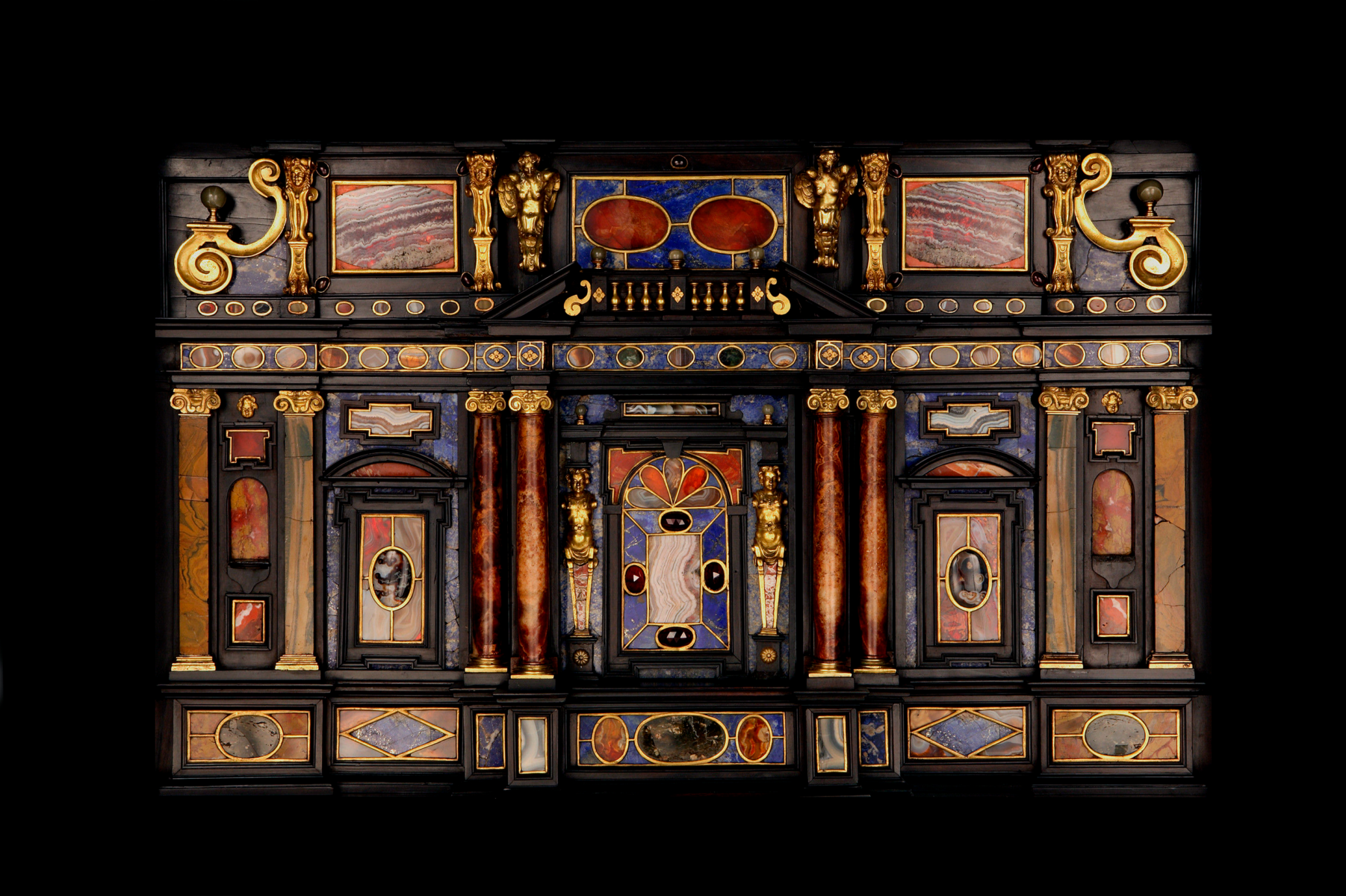